How would you like if you earned internship wages that exceeded the average household income of one of the wealthiest nations of the world?  You would certainly enjoy it; we suppose.  And if you were told that the nation mentioned here, was in fact, the USA, how would you feel about that?  Yes you read correctly!

Recently, the online employer review portal Glassoor published a list 25 of companies offering internships with the highest average pay.  We reproduce the top 10 here along with what they have to offer as of right now!

# 1:  Palantir:
Palantir is a consultancy firm that engages clients from the Commercial, Healthcare amd Governmental(Read CIA) Sectors.  It currently lists 10 available intern positions, all in Palo Alto, CA.  According to the Glassoor survey, the average intern wages?  That’s $ 7,012, that’s $ 84,144 a year, only for an intern position!

# 2:  VMware:
VMware, a cloud computing an visualization software company is next on the list.  It currently lists 159 open intern positions of various departments across 20 countries, the most number of those being in the US (76), India (15) and the UK (14).  As per the Glassdoor survey, VMware paid its interns an average wage of $6,966, translating to $83,592 pa. 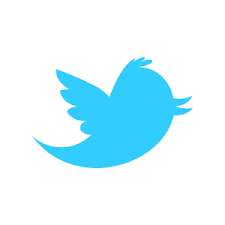 # 3:  Twitter:
Recently gone public, the micro-blogging giant comes in as the second runner up in this list of highest paying companies for interns.  Twitter currently lists about 10 intern positions across various teams and countries.  Twitter gave to its interns $6,791 in between Jan ‘12 an Jan ‘14.
Twitter is offering internships. Click here for more details and apply.

# 4:  LinkedIn:
The site that helps people find great jobs, also gives great jobs (Internships, at least)!  The web recruitment portal gave $6,230 as wages to its interns and currently lists 9 intern positions, of which 8 are in Mountain View CA (LinkedIn HQ), while one is in NYC, NY

# 5:  Facebook:
On of the most visited sites with the heaviest of traffic loads, Facebook, colloquially also known as FB came in fifth in the top 10 the companies that doled out the highest monetary returns to its interns.  Facebook gave $6.213 per intern per month, and currently has 9 intern openings for graduate level aspirants although there are very many more possibilities for full-time work!

# 6:  Microsoft:
The company to first wildly popularise Personal Computers or PCs, Microsoft paid $6,138 to its interns during the survey period. The company currently lists 22 intern openings in internationally diverse locations.

# 7:  eBay:
Ebay, one of the leading e-commerce portals, offered $6,126 to its interns.  A quick search revealed there to be a staggering 610 intern openings in eBay and PayPal combine, a subsidiary of eBay.

# 8:  ExxonMobil:
ExxonMobil, a widely reputed energy solutions company gave paid its interns $5,972 on an average.  It is the only company listed in the Top 10 without a significant software related footprint although there may be such positions.  Positions are available on an application basis.

# 9:  Google:
The company, the intern program of which was also depicted in the flick ‘The Internship’, fairly if not complete accurately we might add, as per the report; also pays well!  The tech company paid its interns $5,969 on an average and there are about 40 internships in different locations and teams which can be applied to right now!
Have you applied for Google Campus Ambassador Program yet? Click here for more details.

#10:  Apple:
The consumer electronics company, which heralds a line of top shelf electronic products and is keen to maintain its edge, came in tenth on this list.  It is reported to have paid $5,723 on an average to its interns.  Even though an exact number could not be identified there are sure to be many available internships.
Apple is looking for interns! Apply now.

How can LinkedIn help you with your college internship

Internship Tips: How To Be The Best Intern And Stand Out