The Founders:
– Bhavish Aggarwal:
Education: B. Tech in Computer Science from IIT, Bombay.
Prior work experience: Worked in Microsoft Research, Bangalore for 2 years, right after college. While trying to chase his dream of entrepreneurship, he started an online holiday and tour planning service on the side, before changing that into OlaCabs.

– Ankit Bhati
Education: Dual Degree(M.Tech+B.Tech) from IIT Bombay.
Prior work experience: Worked in a number of start ups including QED42, Makesense and Wilcom, before joining OlaCabs. 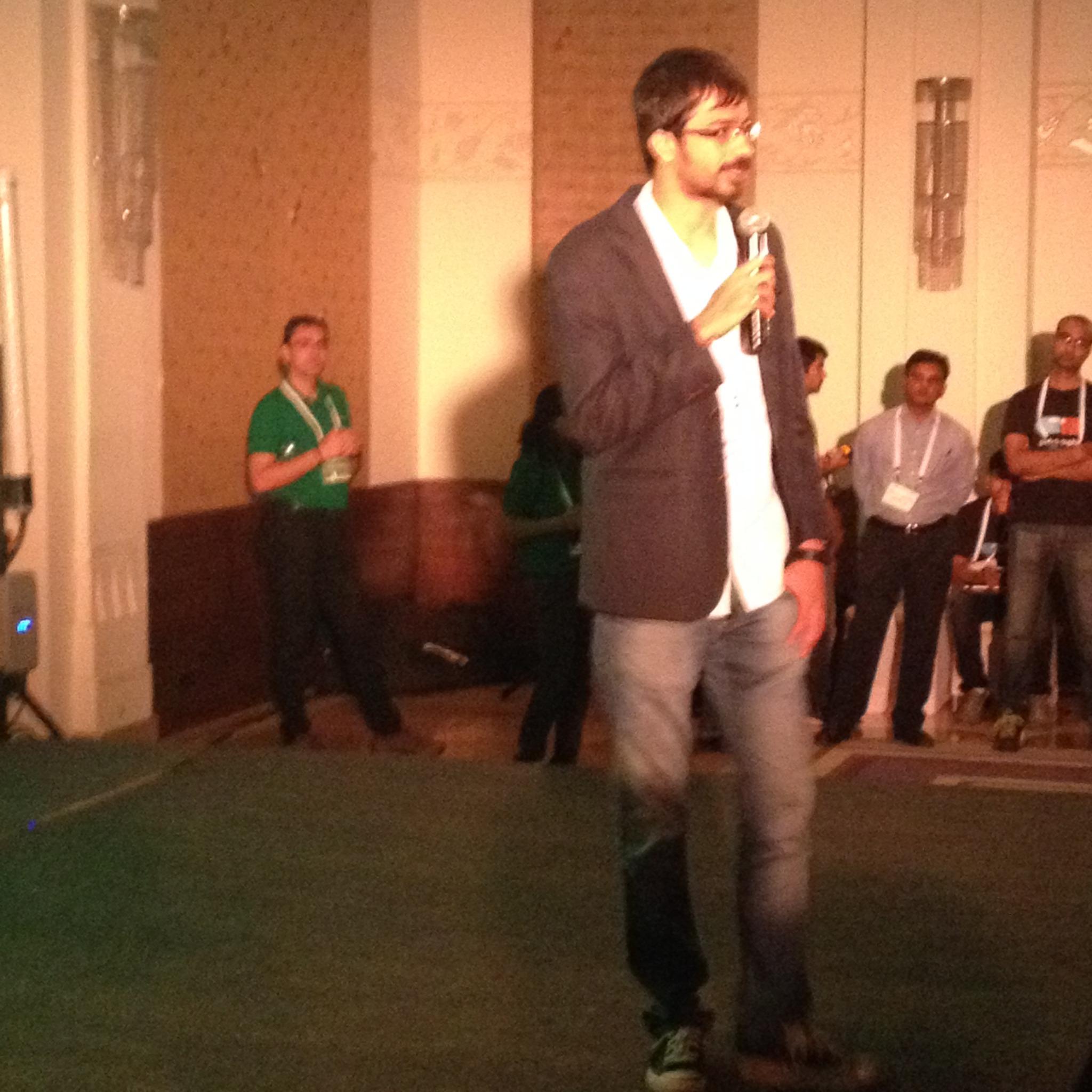 The OlaCab story:
While trying to keep his holiday and tour planning business afloat, Bhavish had to travel from Bangalore to bandipur, for which he rented out a car, which ended in a very bad experience. The driver stopped the car in the middle of the journey and demanded a renegotiation of what Bhavish was paying. After being refused, he proceeded to abandon him enroute his destination. This is when he realized how his plight was probably similar to a lot of customers across the country who were looking for a quality cab service, but ended up with a one that stood them up, arrived and dropped them off late, didn’t stick to their promises, and came with drivers that were nightmares behind wheels.

For the first time, he saw the amount of potential that an extraordinary cab booking service could have, and hence, he changed his business from his earlier start-up to the one we today know as – OlaCabs. This was in December 2010, where he was joined by his co-founder Ankit Bhati in his start-up journey. His parents didn’t agree with his idea in the beginning of course, like all Indian Parents won’t. They were thoroughly displeased with his decision to become a ‘travel agent’, but when OlaCabs received it’s first round of funding from two angel investors, they started to believe in the change he was planning to bring.

Instead of buying and renting out their own cars, OlaCabs partnered with a number of Taxi Drivers, and added a touch of modern technology to the whole set up, where people could book cars at short notice through their call centers and from their app. The bookings allowed half/full day rental and even outstation taxis. They now have almost 4,000,000 cabs across the country, offering variety of car options – Mini, Prime, Luxury – which can be paid for through on of the different modes available.

Bhavish who works 16 hours a day, promises transparency in prices, where OlaCabs gets a commission on every sale that the taxi driver makes, which makes it a company that works on pay-per-performance model. The taxi drivers can also opt for the access to the technology platform benefits, by paying a minimal fee to OlaCabs.

Since it’s inception, OlaCabs has raised funds from SoftBank Corp, and other investors during two rounds of VC finding. They also recently came up with the plan of ‘charging lesser than an average autorickshaw’ by offering cabs at ridiculously cheap prices of Rs.10/km.

OlaCabs has now ventured into collaborating with autos, with the launch of OlaAuto. You can now find an auto on demand, using their app.

“I devote a lot of time to hire the right people. We keep on looking until we’ve found the right person. More than the skill match, we’re looking for the culture match,” says Bhavish. “Being a very aggressive company, it is not everyone’s cup of tea and finding the right people is invaluable,” Bhavish told YourStory in an interview.

We completely agree. In the end, it’s the people that keep a company running, or should we say driving? 😉

P.S.: This is what they look for in summer interns.

You should also check out:
The Purple Turtles – A Bangalore start-up that has a client list of Google, Facebook, Microsoft, Amazon and more.
Markhor – A Pakistani start-up trying to revive a dying craft raises $85,029 on Kickstarter.
Kickstarter Campaign raises $15,000 for ‘NoPhone’ – The newest phone in the market.